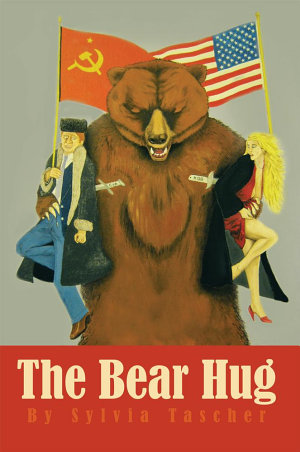 The Prologue of The Bear Hug begins at the new headquarters of the International Atomic Agency (IAEA) where Margrit Czermak is copying for a Russian agent confidential documents belonging to her husband John, who is a world renown scientist and contributor to the development of the neutron bomb. Subsequently, the KGB agent sexually attacks Margrit, and as she is fleeing, her lover, Andrei Pushkin, intervenes and is shot by the agent. In Chapter 3, a red Mercedes-Benz roadster is seen inching its way around the Gurtel (the city's outer perimeter), the driver eyeing the few scantily-clad prostitutes who are soliciting their wares in spite of the heavy snow which had blanketed the city. We then proceed with him to the Third District where a Ukranian dance ensemble, sponsored by the United Nations' Russian Club of Art and Literature, had just finished its performance. During the cocktail party that followed, Andrei Pushkin – suspected by the CIA of being a covert Russian agent – captivated by a woman's melodious laugh, turned to gaze in her direction. He was immediately enraptured by the beautiful, charming Margrit Czermak gracing the arm of Boris Mikhailov, a prominent man with the IAEA as he steered her in the direction of her husband. Meanwhile, two covert agents of the KGB, huddled in the background, are discussing the instructions received from the Kremlin to elicit from the prominent American scientist, by whatever means necessary, his knowledge of the neutron bomb. A few months later, on Margrit's return flight from London where she had been attending her stricken brother, she encountered and was consoled by the compassionate Pushkin. In due course, he invited her to dine with him. As her husband's travel had again necessitated his prolonged absence from the city, in a state of extreme loneliness, she accepted. In the interim, both the KGB and the CIA kept the American woman under surveillance, it being the KGB's intention to instigate an illicit relationship and the CIA's to use her as a means to entrap Pushkin. At the same time, John Czermak was suffering profound personal problems. While he had been employed in the nuclear weapons field, his scientific endeavors had demanded first priority. As his present position with the IAEA had created substantial leisure time, he was both angered and dismayed to realize his wife's newly found independence. And, being a man of high moral values, it never occurred to him that his wife was to become romantically involved with another man. To compound matters, he had belatedly sought to create an atmosphere of congeniality with his children only to discover that he had little rapport with them. With the passing of time, the clandestine liaison between the American and Russian flourished, eventually culminating in Paris and again in the Soviet capitol. However, realizing the futility of their relationship, they had on several occasions unsuccessfully attempted to terminate it. Meanwhile the KGB, eager to record on film the boudoir events of the couple, applied pressure to Andrei by kidnapping his younger son. Thus, successful in obtaining the desired photographs, they were able to prevail upon Margrit for information relevant to her husband's work at the Colorado nuclear facility. During an assignation, a CIA agent met his death as he was propelled in front of a high-speed subway train. As Margrit had witnessed the event, an attempt was then made to eliminate her as well. The relationship with her husband continued to deteriorate and John made good his threats to leave her. Therefore, she beseeched Andrei to abandon his family in order to share a life with her. But Andrei had undergone a substantial ideological transformation during the course of his affair with Margrit and, as a result, suffered continual, agonizing self-debasement. Thus, he eventually took his own life. Shocked beyond belief by the receipt of her 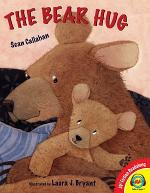 Authors: Sean Callahan
Categories: Juvenile Fiction
AV2 Fiction Readalong by Weigl brings you timeless tales of mystery, suspense, adventure, and the lessons learned while growing up. These celebrated children’s stories are sure to entertain and educate while captivating even the most reluctant readers. Log on to www.av2books.com, and enter the unique book code found on page 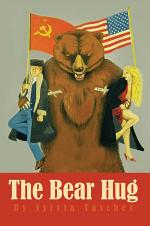 Authors: Sylvia Tascher
Categories: Fiction
The Prologue of The Bear Hug begins at the new headquarters of the International Atomic Agency (IAEA) where Margrit Czermak is copying for a Russian agent confidential documents belonging to her husband John, who is a world renown scientist and contributor to the development of the neutron bomb. Subsequently, the 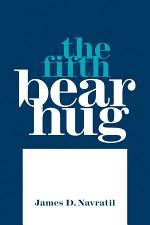 Authors: James D. Navratil
Categories: Fiction
The Fifth Bear Hug is a continuation of the stories in The Bear Hug, The Final Bear Hug, The Third Bear Hug, and The Fourth Bear Hug. The story in the latter book begins with Dr. John James Czermak wanting to start a new life because he was responsible for 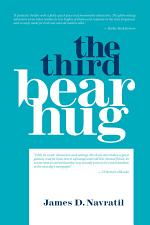 Authors: James D. Navratil
Categories: Fiction
The Third Bear Hug is a continuation of the stories in The Bear Hug and The Final Bear Hug. The Final Bear Hug concludes during an expedition in Antarctica that Tim supports to see if one of the Russian crew members is passing nuclear weapon’s information to a group of 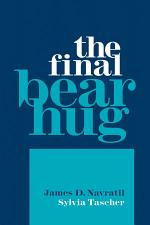 Authors: James D. Navratil, Sylvia Tascher
Categories: Fiction
The Final Bear Hug is a continuation of the story in The Bear Hug. The story begins with John James Czermak and his wife, Margrit, returning to their home in Arvada, Colorado, after spending almost three years in Vienna, Austria, where John has worked for the International Atomic Energy Agency.